A brief history of Forex 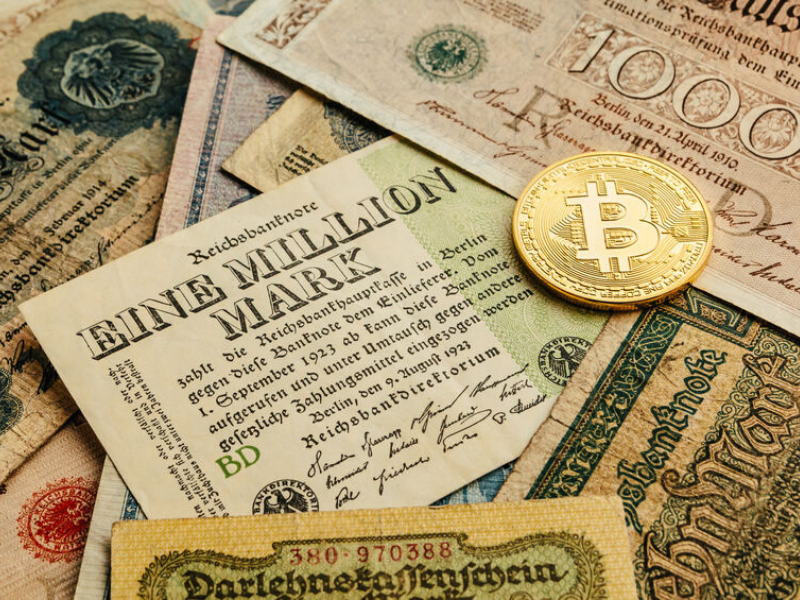 When you think of forex today, you likely conjure up an image of a flat-screen digital device full of real-time figures, fluctuating graphs, notifications and an intimidating amount of information. While forex now uses some of the most advanced technology in the world, its history is long and predates many modern currencies.

The Origins of Forex

Foreign exchange dates back to the time the Ancient Egyptians, with evidence of coinage trading from as early as 259BC. Stemming from traditional bartering of items, forex began taking shape during the metal ages when gold and silver became the currency for bartering.

The Gold Standard was a system in which a country would fix its local currency to a set amount of gold. Money in the form of banknotes, coins and other types could be converted freely into gold at the fixed price.

The period from the 1880s to 1914 is referred to as the classical gold standard. During this time, a majority of participating countries adhered to gold as a fixed standard.

The Bretton Woods system was officially ratified in 1944 when 730 delegates from 44 countries met in Bretton Woods to negotiate and establish an efficient foreign exchange system. In this system, the US dollar became fixed to gold, and all other currencies were then pegged to the US dollar.

The system began to collapse in 1967 after a run on gold and an attack on the British Pound led to the devaluation of gold.

When the Bretton Woods system entirely collapsed in 1973, the Free Floating system took over. In this system, a nations currency price is set by the forex market according to supply and demand. This differs from a fixed exchange rate where it is the government of a country which determines the price of the currency.

In the 1970s computer trading systems transformed the forex market which, up until then had been exclusively accessible to institutional investors and was a relatively closed market. Making a trade could take days and required a complex network of calls, paperwork and interagency cooperation.

When computer trading came into play, the level of transparency surrounding currency and the factors controlling pricing opened up, and the speed in which trades could be made increased exponentially.

In 1985 the finance ministers of the G5 nations (Japan, UK, France, Germany & the US) met and agreed to depreciate the value of the US Dollar. The agreement is known as the Plaza Accord.

The agreement intended to correct the trade imbalance between the countries. However, it only corrected the imbalance between the US and Germany. The result of the accord was the dramatic increase in the value of the Japanese Yen and the German Deutsche. Although there were some unexpected consequences of the Plaza Accord, including Japan's increasing trade with East Asia and lessening dependence on the US, the accord worked in devaluing the US dollar.

The accord was replaced by the Louvre Accord in 1987 to put in place measures to stop the continuing devaluation of the US dollar.

Also known as the Maastricht Treaty, this treaty let the formation of the Eurozone in which 28 countries known collectively as the European Union (EU) joined to operate as a cohesive political and economic block. Of the 28 countries in the EU, 19 switched to the euro as their official currency.

In the 1990's forex trading was revolutionised by the emergence of internet trading. Before the web, the forex market was still relatively opaque and limited inaccessibility. Countries who were isolated in totalitarian governments were primarily excluded from the market. With the birth of the internet, traders could access currency rates at the click of a button, blowing open forex to emerging markets including South Asia.

Today, the forex market is worth over $5 trillion and is the largest in the world. Individuals can successfully trade from the comfort of their own homes using state-of-the-art trading platforms and taking advantage of advances algorithmic trading strategies.

To start your journey in forex algorithmic trading open a free account with USG today and start learning how to trade and create winning algorithmic strategy.

Fill out the form below to get more information
About Us
Platforms
Account Types
Market Tools
Education Centre
Partners & Affiliates
Trading Foreign Exchange Currency Pairs (FX / FOREX) and/or Contracts for Difference (CFDs) on margin carries a high level of risk to your capital. These derivatives may not be suitable for all investors. Consideration should be given to your level of experience, knowledge of financial markets, understanding of FX and CFD derivatives including margin, leverage, risk management, as well as trading techniques and methods. United Strategic International LLC provides general advice only that does not take into account financial situation, needs or individual investment objectives and it is recommended that you seek independent advice as required. The information contained here is general in nature, provided without reference to your past, present or future financial situation. This information is general in nature and does not constitute advice or a recommendation to act upon the information or an offer. United Strategic International LLC Terms and Conditions are available on our website and Privacy Policy can be viewed.
The financial products therein are issued and provided by United Strategic International LLC, a registered St. Vincent and Grenadines company (648LLC2020)
© 2021 United Strategic International LLC